Previous articles in this series – strongly recommended to read these first!

The next article in this series will explain how we can construct our own chords.

In order to do that, we must start with the concept of intervals.

The interval between two notes just tells us how ‘far apart’ they are.

We learned the C Major scale in a previous chapter.

The C Major scale played on the 5th string looked like this.

Because this is a C major scale, we refer to the C note as being the first note or “root” of the scale.

It’s easy to see that D is the second note of this C major scale.

We refer to the distance between C and D as being a major second.

E is the third note of this C major scale.

We refer to the distance between C and E as being a major third. 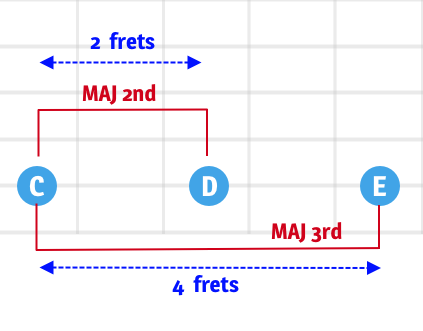 If you want to think about this ‘distance’ in terms of frets, two notes are 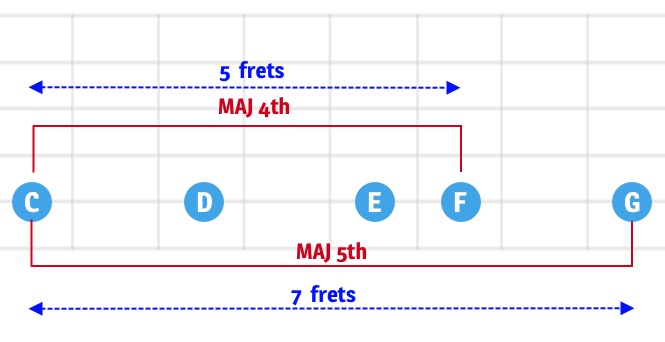 If you want to think about this ‘distance’ in terms of frets, two notes are

Chord changes are often described in a roman numeral notation.

The I IV V chords are often use to describe the chords in a blues sequence. In C, this is the root, fourth and fifth chords which you now know to be C, F and G. 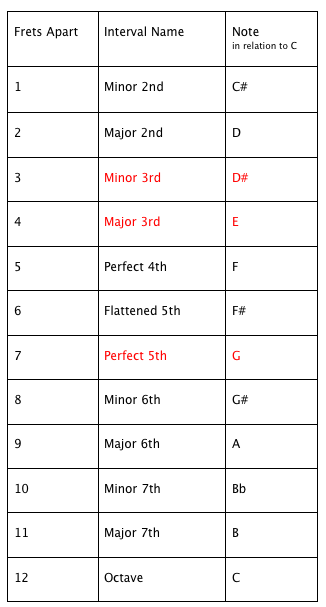 So starting with our “root” note, we see the “most important” intervals in red above